What is the full form of the word "OK"? - ProProfs Discuss

What is the full form of the word "OK"?

The word OK might be one of the most versatile and commonly used expressions in the English language. In fact, people rarely fail to use it while writing a paragraph in English, including me. The reason is very simple, OK is a word that can be used as a noun, a verb, an interjection, and an adjective. Being an adjective, OK denotes for 'adequate or acceptable'. When used as an interjection, it denotes 'compliance or agreement'. And it means 'assent' when it is used as a noun. It is also said that OK can be used as a loanwordð®in other languages.

It basically stands for “Oll Korrect”, “Ole Kurreck” or “Orl Korrekt” a word slightly different from “All Correct” in Greek. Though there have been various theories given by various scholars on the full of the word OK, none of them has been finalized. It includes from Scottish ‘och aye’ and then native Choctaw Indian term ‘okeh’ (it is so) to French phrase ‘aux Cayes’(Cayes was a port known for its rum). In Greece, OK stands for “Ola Kala” which means all is wellð.

However, the correct full form of the word OK is still not known. People use it as per their choice and need in their sentence to express their expressions. Earlier this question, I didn’t even know that OK word might have a full form. LOLð¤£!

Thank you for valuable information https://www.goservices.in/

Thanks, didn't know about that.

The word is an abbreviation of ‘orl korrect’. It was coined in the USA and means ‘all correct’. The word was first used as a slogan during the presidential re-election campaign of Martin Van Buren (1782–1862) in 1840. Van Buren’s nickname was “Old Kinderhook”.

Back then, in Boston and New York abbreviations were the rage and words were misspelled deliberately. So a group of his followers called themselves the “O.K. Club”; this later went on to mean “oll korrect” and “ Old Kinderhook”.This is just one of the many slang words that have survived until today.

I'm a professional writer. I express through my blog and I keep searching for fresh content over the Internet.

The word OK signifies 'Oll Korrect', or 'Ole Kurreck'. It became popular with the ongoing abbreviation trend earlier in the 1830s in Boston, MA. It was spelled differently before It became OK, supposedly OW ('Oll Wright') more like in an amusing way. It was one of the many abbreviations that didn't become obsolete with time.

Especially this one, It became ubiquitous in the United States ' due tothe involvement of political parties as an agenda for a campaign as 'Vote for OK'.

The oldest recorded use of the word

The various theories on its full form include origins from Scottish ‘och aye’, Greek phrase ‘ola kala’ (It’s good), native Choctaw Indian term ‘okeh’(it is so) and French phrase ‘aux Cayes’(Cayes was a port known for its rum). The word was popularised during the time when U.S. President Martin Van Buren was campaigning for re-election. Pamphlets had the term ‘Orl Korrect’ which was eventually shortened to OK. His followers eventually came to be known as the OK Club. It became popular in the late 1830s. There are also other origins pertaining to the word OK, one of them being adopted from the languages of West African slaves in the pre-Civil War era. ‘OK’ could also mean ‘Objection Killed.’ The true origin of this word would probably always be unknown.

Okay is a colloquial English word denoting approval, acceptance, assent, or acknowledgment. This is most likely short for “Oll Korrect,” a jokey misspelling of “All Correct” that needs a little historical context to make sense.

There have been numerous attempts to explain the emergence of this expression, which seems to have swept into popular use in the US (United States) during the mid-19th century. Most of them are pure speculation.

OK is the abbreviation of All correct of standard English.

OK, it means all right or correctly.

OK is an approval.

A case of OK utilized as a thing is in the sentence, “ He gave the OK for the venture to start,” which implies that he said it was fine for the task to start

OK is defined as to approve.

And I always thought that OK came from short messages during wars: OK meaning "0 killed", therefore all's well. This isn't mentionned here, but it must have come from somwhere.

Most often, people make of use about the use of okay which is the full meaning of ok.

Creating something that matters!

It's all a play of time and fashion. The original term OK was originated in America back in the 1830s which actually was an abbreviation to the misspelled term "Oll Korrect". The word "Okay" didn't appear until 1895.

Nowadays, as you may already know that OK is widely used around social media thus is fashion but it too has got funny alternatives such as Okie Dokie, K, Okeh, etc. So, now you know Okeh is nothing but just a cool alternative to the word Okay/OK. Pop culture makes everything look and sound cool, you know.

Jack of All Trades!

Well, the word (verb) 'Ok' came into existence in 1919 which was formerly known as "Okeh". This is just way or speech mannerism usually pronounced by Americans. Actually, this phrase came from "Okie-Dokie" which genuinely came into existence from English "Okie" and first showed up in 1932. Even Greek immigrants used this word, who returned back to America and spelled "Okay Boys".

Often people get confused with "OK" with the Choctaw word "Okeh" which means “it is so”. It's a trending word in today's era which is much adored.

I think it means all is well

I think it is mostly used by americans. But the full formmust be okay. 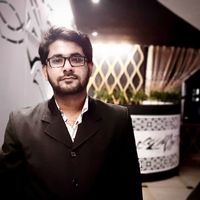 Iftekhar Faisal, BSc In IT, Dhaka

The Word Ok" Contain Two Word Which Are "Oll Correct" 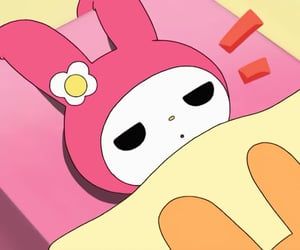 I believe the full form of OK is "okay"? I'm not an expert or anything but I'm pretty sure thats the full form? I genuinely use "okay" very often when responding via text or online. It may be right?

OK, it first appeared as an abbreviation for “Oll Korrect,” printed in a satirical article about grammar, the Economist continues.

I even don't know much about it. But I would like to know about the full form of "OK". I see lots of people are using this shortcut 'OK'.

find yourself in nature

Ok means "OLL Karrect " in Latin.In English, it is "all correct".

OK is the abbreviation of "All correct"ofstandard English.

As far as I know, the word is an abbreviation of ‘orl korrect’.

The word ok can also be spelled okay. It is a word used to convey a sense of acceptance, approval, agreement, or acknowledgment. In Greek, the word is “Olla Kalla.”This translation is a Greek word that means “All Correct.”Ok or okay is a ubiquitous word used in conversation. It is one of the most regularly spoken or written words throughout the world. Ok, it can also serve as an adjective. It can mean adequate and acceptable when compared to bad.

It could also mean mediocre when it is compared to good. It might also signify a sense of indifference. When someone asks you how you are doing, and you reply “okay,” it means that not much is going on, and you are content with that. As an exclamation, it can imply compliance.It can additionally be used as an adverb.

For example, “Did you do ok?”In this sentence, it is your action that made you ok.

People have been using “ok” for a long time but may not know exactly what this means.

These are just some of the things that you should know:

• In English, you may know this as “all correct.”

• This means that you would be using okay in order to affirm all of the details that have been given to you.

• This is why when you are given several details, and you want to confirm that all of the details are correct, you will send “ok.”

Some people also say that OK stands for “Olla Kalla.” There are also some people who would rather spell this as “okay” rather than “ok.” Different versions are acceptable.

It's pretty clear the full form is okay although people shorten it to OK.

The full form of the word Ok is "Okay" or "All korrect". OK relates to being an adjective as 'sufficient or appropriate.'

OK (also spelled as OK, O.K., or OK) is a word used to denote acceptance, agreement, approval, or acknowledgment. OK expand as Olla Kalla. It is a Greekword, which means All correct.

OK relates to being an adjective as 'sufficient or appropriate.' This denotes 'compliance or acceptance' when used as an exclamation. And when it's used as a noun, it means 'assent.' It is also said that Yes can be used in other languages as a loanword.

OK stands for All Correct.

It means ” All is well ” but it is also spelled as okay, ok, or O.K. This is a very common word when we agree with each other in the conversation. 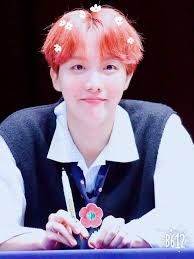 I will answer mostly BTS questions in any languages.And I can be a translator for any language!!!

OK is an American English word that denotesapproval oracceptance. The full word is Okay.

Originally Answered: According to the world, what is the full form of the word'ok'? Okay (OK) is a colloquial English word denoting approval, acceptance, assent, or acknowledgment. OK is most likely short for “Oll Korrect,” a jokey misspelling of “All Correct” that needs a little historical context to make sense.