Is Billie Eilish a lesbian?

You know what, I think she's bisexual.

Billie Eilish is not a lesbian!

No, Billie Eilish has not admitted to being a lesbian. The 17-year-old singer and songwriter have not revealed if she is or not. One thing we know is that her single “Wish you were Gay,” which was released March 2, 2019, has created a lot of controversies. Billie Eilish has also received backlash from the LGBTQ for this song.

At first, many thought the song was about fancying women, but the song is actually about a boy she had an interest in, and he was not interested in her. So, the song is her wishing he was gay to have a “valid reason” for rejecting her. Many people have termed approach to releasing this song as ‘queer-baiting’ her fans, and many others have termed her approach as ‘cringe’ and ‘antagonistic.’

I don' know if she is lesbian or not

Billie Ellish has not confirmed whether she is gay. However, one of her hit songs, “Wish you were gay,” has people speculating about the singer’s sexual orientation.

• She is best known for her single, “Ocean Eyes.”

• Many girls look up to her as a role model, so that makes her love status a topic of interest for impressionable young people.

• She has, though, managed to keep her private life out of the lion’s den, which is the mass media.

• There is no definite knowledge in circulation regarding her dating history, romantic connections, or love affairs.

• It seems that she is not in a relationship, and she is solely dedicated to her music.

• However, many people strongly suspect that Ellish is a lesbian, or at the very least, bisexual.

• Ellish has responded to her fans concerning her song, “Wish you were gay.”

• She claims it is about a boy who rejects her, and she would rather believe he is gay, rather than find out why he is not interested in her.

• Whatever the case, Ellish has done a fine job not feeding into the rumors or speculation.

There are some people who are contemplating whether Billie Eilish is gay or not. It is a known fact that both men and women find her attractive. People just want to know what her sexual preference is.

These are some facts that you have to know:

• She has never specified that she is lesbian which means that there is no confirmation that she is gay.

• She has created a song called “Wish You Were Gay” which the LGBTQ+ community did not really appreciate.

• Some say that she may be asexual or that she is too young to be sure about her sexual preference and her sexual identity.

• Only time will tell if she would open up about her sexuality more when she gets older.

Maybe she is, maybe she isn't, that isn't anybody's choice; it's her choice 24/7. She will probably tell you all of she wants to. But other than that, it's none of your God damn business. And all of you people are probably homophobic men and women. 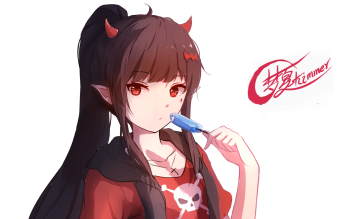 Charlie hermendez, uhhhh nope, i looooove art, you DO NOT need to know

I think Billie is probably a lesbian. I mean, someone got private footage of Billie and her girlfriend. People still don't know if it's real, but judging by how Billie looked, I would say yes to her being less.

It seems that there are a lot of people who are wondering about Billie Eilish’s sexuality. It may have started ever since people started to notice her. Some of them had started to wonder when she released the song “Wish You Were Gay.” The problem is, this song was not really well-liked by the LGBT community.

Rather, people said that this song seems to make fun of the LGBT and how they may start to like other people. Billie tried to do her best in order to explain her side, but it seems that some people have already made up their minds about this.

It is not yet clear if Billie Ellish is a lesbian. Many of her fans and critics speculate that she is but has not yet come out and said to herself that she was a lesbian. The speculation began with her single titled "Wish You Were Gay." This song was released on March 4, 2019, and it was through Darkroom and Interscope Records.

Though the song title would make one thing she wishes for someone to be gay, instead, it is about a guy she is in love with. Many in the LGBTQ community find the song to be offensive.

Billie Eilish is considered to be a straight girl, although she has produced some songs that some people feel can be considered to be great for people who consider themselves to be a part of the LGBTQ+ community. She has recently produced a song that received a lot of backlash from the LGBTQ+ community because they feel that they were just being taken for a ride because of the song title, “Wish You Were Gay.”

Most people thought that it would be their next anthem similar to the song “Born This Way” by Lady Gaga, but it turned out to be the complete opposite. Most people became offended by the song, so she probably lost a few LGBTQ+ followers then.

Eilish has faced some backlash from some of her fans about the song, “Wish you were gay.” People assumed this song was about the pop singer’s crush on another girl; however, Eilish has responded to the rumors regarding her being a lesbian. She stated that the song she wrote is actually about her crush on a boy, and the meaning behind the song is very humbling.

Billie is forced to confront the rejection of unrequited love, and she hopes that he does not want her because he is gay. If this were the reason, it would make her feel better about herself. Fans were outraged, saying that they would prefer she not use the gay community to boost her damaged self-esteem. Other than that, Billie has managed to keep a tight lid on her private life. There are not any details concerning her relationships.

Apart from developing codes, I also spend some time in quality writing.

Billie Eilish is an American singer and songwriter. She was born and raised in Highland Park, Los Angeles. Billie was born on December 18, 2001. She began singing at a young age.Billie Eilish released a new single titled “Wish You Were Gay,” on March 4, 2019, through Darkroom and Interscope Records. Billie Eilish has not, in any way, stated that she is a lesbian.

In fact, it will amaze you to know that this song (Wish You were Gay) has been criticized as offensive to the LGBTQ community. Eilish made it known in a statement that she was inspired to write the song when she was madly in love with a guy that was interested in her.