Which country has the most lions in the world? - ProProfs Discuss

Which country has the most lions in the world? 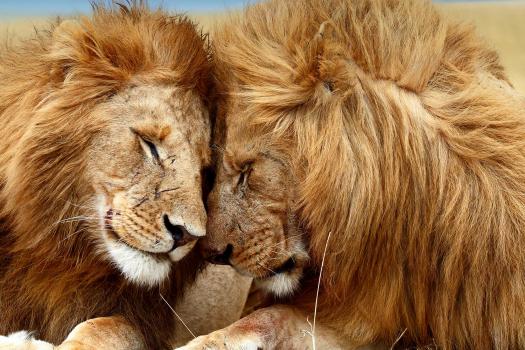 Analyst by profession but writer by heart.

The lion is one of the most fearsome and bravest animals on earth; it is regarded as the king of the jungle because it is majestic and powerful. India has the largest number of lions in the world. There are over 2400 lions at present. Most countries are reporting the extinction of lions in their countries.

Lions are still much present in African countries such as Zimbabwe, South Africa, Mozambique, Madagascar, Ethiopia, and the Central African Republic, Botswana, and Tanzania, which has the most lions in Africa.

There were over 100,000 lions in Africa, due to some reasons, there are less than 35,000 now left in the continent of Africa. India believes animals also have the right to live in the world as humans, which makes it one major reason they care about their animals.

Who deals with teeth problems and fix them

There used to be a lot of countries wherein you can see different lions, but this has changed considerably over the past years. More and more countries are reporting that their lions have already become extinct.

They say that you can find the most majestic lions in Kenya. You can still see lions in different African countries such as Zimbabwe, Botswana, and South Africa. If you would check the number of lions, though, the country that has the greatest number of lions right now in India. They have more than 2,000 lions.

There are more tigers that are available in India as compared to lions as their population there is more than 3,000.

love to pen down the thought on diverse topics.

Lions are often compared to big cats, and technically, they are big cats. If you turn out to be in a place where it is common to see lions, these big cats are hard to miss. The male lion, in particular, is one of the most recognizable creatures on the planet.

They are golden colored, muscular, and they have their signature deep-chested body mane. Tanzania has the most lions in the world, and the country is the home of the most significant number of wild lions anywhere in the world.

The Serengeti Plain extends from northern Tanzania into Kenya, and it is here you will see lions sashaying on the land, and they own the land. When the Wildebeest migrates between July and October (or during the birthing months of January through March), you will spy lions on the prowl.

I fell in love with Literature when i was a child and since i gained more consciousness, I've pursued it as a career and I'm lovin' it.

There are a lot of people who dream of seeing lions up close, but they do not know where they should go so that they can see lions better. Most people would go to South Africa to see lions but the country in the world that has the most lions is actually India. They have a whopping 2,400 lions right now. The people in India are very respectful towards the animals that are available there.

They believe that animals have as much right to live in the world as humans, so they always try their best to preserve whatever animals that they have. Take note that the number of lions in other countries have dwindled a lot over the past years. Some countries have even stated that their lions are already extinct.

There are still some countries in various parts of the world that are known to have a lot of lions. Most of the lions that you can see right now can be found in some parts of Africa. There was a time when Tanzania had the most number of lions, with about 15,000 lions available, but over the past years, the number of lions that can be found in this country has declined steadily.

Apart from developing codes, I also spend some time in quality writing.

Tanzania is the correct answer to this question. Being home to over 20,000 lions, it has the most lions in the world. Tanzania is a country located in the Eastern part of Africa. Not only does it house many lions, but it also has other animals, including elephants, buffalos, rhinos, and leopards. The continent would have more lions, but over the years, lions have been subject to poaching and illegal hunting, which has led to their population decreasing.

Before this became a popular thing, there were well over 100,000 lions in the continent of Africa. Now, there are an estimated 35,000 lions.

There are some species of lions that have become extinct throughout the years. Some groups are trying their best in order to conserve the lions that they have. There are many reasons why lions are dying. Some are dying because of starvation and the changes in the environment while some are killed.

The correct answer is Tanzania. Tanzania has the most lions in the world. Research shows that there are over 15,000 Lions in Tanzania. Tanzania is a country located in Eastern part of Africa with large wilderness area. It is also home to large numbers of Elephants, Rhinos, Leopards and Buffalos.

Other countries with many Lions include: Mozambique, Kenya, Zimbabwe, South Africa, Central Republic of Africa, Botswana, Zambia and India. Most lions are found in Africa as Africa is the home to the largest number of Lions in the globe. Hope you find this information useful.

Have keen interest in writing, traveller by heart.

The lion is a majestic creature that lives mostly in Africa and parts of Asia. The largest population, which is about 20,000, is in Tanzania, which is in Eastern Africa. It is so unfortunate that this once prolific creature has been drastically decreased from illegal hunting, over the building, which has caused habitat loss.

Where there were once over 100,000 lions, there is now about 35,000 left in the continent of Africa, and it is reported that they are consistently teetering on extinction.